Eleven years of IHC Arts Awards will be celebrated with a new book launched on August 27. Pictured is 2004 winner Peter Freeman, Wellsford, with Bell Boys.

A decade of art by New Zealand’s intellectually disabled is being celebrated in a new book.

The IHC Art Awards have been going since 2004 and IHC, New Zealand’s largest service for the intellectually disabled, is releasing a commemorative book highlighting the competition’s 44 prize-winning entries.

The awards were established to foster the talent of artists with intellectual disabilities and more than 5500 artists have entered.

Chris Tilley, of Nelson, won the IHC Art Awards with The Barn.

IHC national communications manager Gina Rogers said some of the competition winners had gone on to hold solo exhibitions and a number of them were still participating in the awards.

Rogers said the non-discriminating nature of art was the driving factor behind the competition.

“The fantastic thing about art is that it’s not intellectual, it comes from within.”

This year’s awards ceremony in Wellington will coincide with the book launch on August 27.

An auction of the finalists work would also be held with all the money going directly to the artist.

A People’s Choice award would also be announced on the night, with the winner being chosen through online voting.

Piers is a fine artist finding his way in Graphite, Watercolor, Ink, Colored Pencil and other wet mediums. This is third year as an Artist after spending over 25 years in the Graphic Design industry. He still practices when the need arises. At the end of the day Piers wants to make people feel good through his art whether it be a meander through an abstract piece or a connection to a wonderful memory, happiness and feeling good is where he wants customers, clients and viewers to be.
Website

Transcend is a business WordPress theme geared towards online businesses and agencies. It helps you sell your product by showcasing its features in an elegant and professional design.

Recent News
Time to share some new art from my sketchbook
September 22, 2018
Resurrecting the Blog – The Dawn of a new Adventure and awakening
September 11, 2018 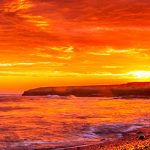